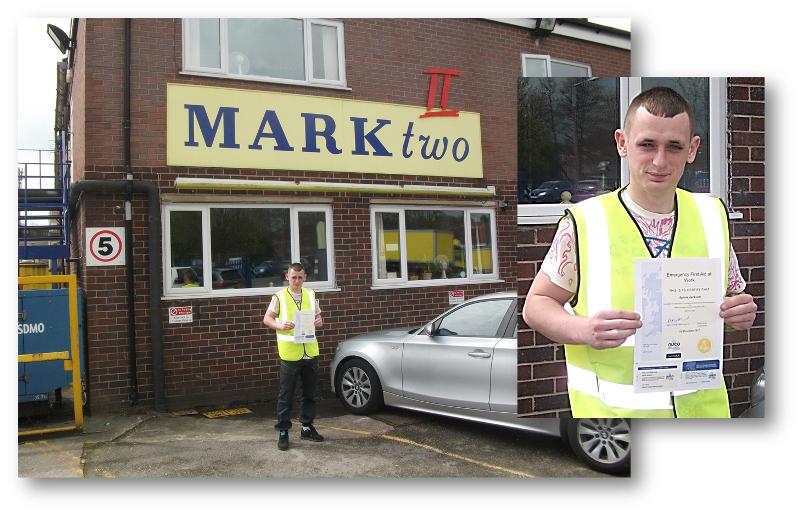 Aaron Jackson proudly displaying his Emergency First Aid Certificate of Competency that he achieved through Be Strong.

Aaron has been at Mark II bathroom & kitchen distributors since the beginning of December 2011 and is now on nights working towards his NVQ in Warehouse and Distribution.

Thank you Mark II for your kind and much appreciated support! 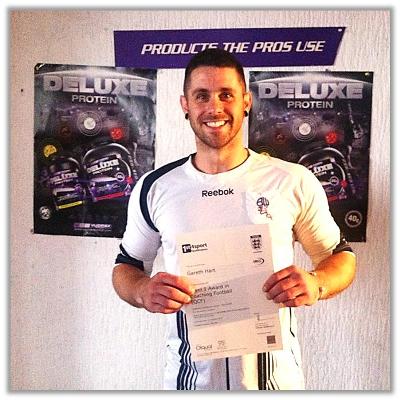 Gareth Hart has grown from strength to strength since joining the Be Strong project.

The love he has for his children has never been stronger and he has just secured accommodation to be closer to them.

The potential that Gary has shown has been amazing and he has just completed his FA level 1 coaching qualification – I have nothing but positive things to say about this man – loyalty, reliability and honesty are his greatest strengths ……

Keep up the fantastic work mate !! 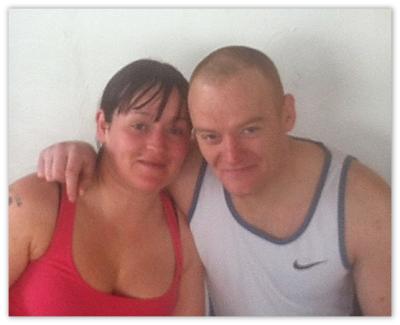 Gary and Nicola are the first couple to come on Be Strong project.

They have an awesome story and with Be Strong, a great future.

The Be Strong team are really hoping that they are the first of many more couples to join the project.

Darren Armstrong CEO of Be Strong was made homeless at 14yrs old, was in prison at 16yrs old and then 12 years of violence, drugs and chaos followed. However at 28yrs old, Darren went to church, became a Christian and is now CEO of a successful charity investing time and energy rehabilitating broken men’s lives. Darren currently mentors and teaches vulnerable adults how to become great men of God and community leaders. 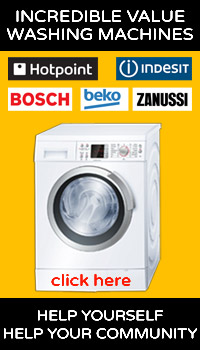 Be Strong is a voluntary project which relies entirely on the kindness of the public, faith & other organisations to provide the essential funds needed to deliver programmes of benefit to individuals and society alike. 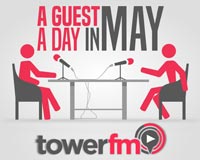 Get great deals on a wide range of popular branded products and services and help Be Strong along the way by clicking on the Vouchercloud logo below.

Gaz & Daz On The Beeb

“I have been seriously impressed with the determination and commitment of Darren Armstrong and his colleagues to turn around the lives of people affected by drink, drugs and patterns of offending and improve their chances and quality of life.

Estimated cost per person to set up Job Seekers Allowance is over £300.

Estimated cost per person to set up Welfare-to-Work programme is over £400.

The cost of getting an adult into work through a welfare-to-work programme is over £4500.

The bill for Class A drug-related crime has hit £100billion since 1998, while the health costs have added another £10billion, according to the charity Addaction.

Each person who remained dependent on illegal drugs cost the taxpayer about £44,000.

Addaction chief executive Deborah Cameron said: 'ILLEGAL DRUG USE IS COSTING THE UK TAXPAYER £16.4BILLION A YEAR, which is more than ONE-AND-A-HALF TIMES THE COST OF THE OLYMPIC GAMES IN 2012!

The combined cost of general medical and psychiatric treatment, addiction services and crime amounted to £11,404 per person.

A person in temporary supported accommodation for single homeless will cost the taxpayer over £13,500 (plus £5,000 with added mental health issues).

A three month stay in prison will COST OVER £9,000

A person age 25+ claiming job seekers allowance, on a welfare-to-work programme and committing crime to feed an addiction, having spent 3 months in prison and is now living in supported accommodation and struggling with minor mental health WILL COST THE TAXPAYER OVER £47,600 IN THE FIRST YEAR!

If the person does not sustain the employment due to addiction or lacking personal development and falls back into the system these costs are repeated.

Be Strong at £150,000 per year per borough working with 60 people and successfully recovering just 5 per year will potentially SAVE THE TAXPAYER A MINIMUM OF £238,000 PER YEAR!!!!

LETS SAY THAT AGAIN: Successfully recovering just 5 people per year will potentially SAVE THE TAXPAYER A MINIMUM OF £238,000 PER YEAR!!!!

17 prolific priority offenders were referred in to the Be Strong project last year and 14 of them didn't go on to reoffend - that's approximately an 82% REDUCTION IN CRIMINAL ACTIVITY!!
Go to Top